King and Zynga are two of the biggest social game companies in the world, serving hundreds of millions of players every day who log on via computer, mobile or tablet.

If you've played FarmVille, CityVille, Words with Friends or Bubble Safari, you've played Zynga's social games, online or on Facebook (where Zynga has 3.5 million likes). Freemium pricing is the name of the game, with special items available for purchase to help players move ahead. Of course, it's the games that count, which is why Farmville's Facebook page has more than 39 million likes.

Zynga just reported a loss and has purchased the UK game company NaturalMotion to expand its game offerings and provide variety for players. The company is also testing Bitcoin payments.

Then there's Minecraft, a super-popular multiplayer game that has tens of millions of players. The Minecraft Facebook page has 8.5 million likes.

Social games remain extremely popular. In fact, Minecraft and Candy Crush Saga were the top apps in the UK Apple Store in 2013.

But don't forget Angry Birds, which is relentlessly expanding beyond the virtual world. Angry Birds Land will open at Thorpe Park this May. In 2016, Sony is planning to release the first Angry Birds movie. Today being Chinese New Year, Angry Birds is celebrating with a new music video on the Rovio site.

Dropbox is a widely-used file sharing site that allows users to access and share documents, images and other files. Users appreciate being able to synch and access their Dropbox folder(s) across platforms, meaning PC or Mac, mobile or tablet.

For casual users, Dropbox has a basic, free service providing 2 GB of space (or more) for file storage and sharing. In fact, about 96% of Dropbox users pay nothing.

Based on freemium pricing, Dropbox also has a "pro" version with 120 GB of space and a "business" version with unlimited space available, both for a monthly fee.

Not surprisingly, Dropbox's freemium pricing has attracted 200 million consumer users in a very short time. In addition, availability of 'in the cloud' storage has attracted 4 million business customers who pay (month after month after month) for access to files across platforms, from anywhere at any time.

Dropbox has nearly 1 million Facebook likes and 3.3 million Twitter followers. It enjoys high brand awareness, reportedly has a solid revenue stream and ongoing demand for convenient and low-priced cloud storage/sharing suggests its freemium pricing model is paying off. (You can see some calculations about cloud storage costs here.) Looking ahead, how will increased competition, technological advances and pricing pressure affect Dropbox's profitability?

Sweet marketing for KitKat in Japan Inside the Seibu department store at the Ikebukuro train station in Tokyo is a new chocolate boutique featuring one of Japan's favourite brands: Nestle's KitKat. The brand name has become associated with good luck because it sounds like the phrase 'I hope you will win'. Students in Japan buy KitKats with the thought that it will help them do well on exams.

Not surprisingly, KitKat uses marketing to build on this good luck perception. The new boutique sells some exclusive KitKat flavours created by chocolatier Takagi for Nestle, including Sublime Bitter, Special Sakura Green Tea and Special Chilli. The boutique is already selling out its limited-edition products daily, but revenues aren't the only reason for this retail venture: It's actually a high-profile brand-builder. Simply type "KitKat Chocolatory" or "KitKat Japan" into a search engine and you'll see the boutique's worldwide media coverage.

From 2007, Nestle has developed KitKat variations only for Japan. In fact, depending on where in Japanese consumers buy KitKats, they will find flavours not available in other areas (like Purple Potato). Most KitKat packaging features English (the brand and the brand owner) as well as Japanese, adding a 'global' angle that enhances the product's sweet marketing appeal. 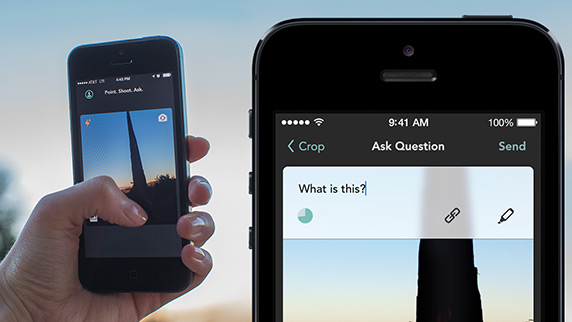 Jelly is barely two weeks old and already brands are buzzing around, giving it a try. What is Jelly? Co-founder Biz Stone (who co-founded Twitter) says: 'Jelly changes how we find answers because it uses pictures and people in our social networks'.

Jelly is a social search app. After you download it from the App Store or Google Play, you input your Facebook and Twitter accounts. Then if you ask questions via Jelly, your social media friends/followers can answer or forward the questions to others for help in answering. Since your mobile is with you all the time, you can use Jelly for answers whenever and wherever you are. Now of course you can just go directly to mobile search or your social networks with a question, bypassing Jelly. But Jelly hopes you'll enjoy the wider social contact and the ability to get answers quickly from people you know and trust.

Recognising a possible way to connect with customers outside of ordinary marketing communications, some brands are trying Jelly. During the first week, someone posted a question about hanging a picture on a brick wall--and Lowes answered via Jelly. This is just the kind of engagement any brand would enjoy because it showcases relevant content and expertise without actually seeming to sell.

Asda posted five questions in Jelly's first week, as a test. However, Asda is reserving judgement on Jelly's potential because the new app's users are early adopters and may not be core Asda customers. '50% of Asda customers [9 million people] are on Facebook each day and, around 10% are on Twitter and YouTube, so that’s where most of our effort will continue to go for now' says the retailer's head of social.

Will Jelly stick? Brand marketers will be watching its acceptance with interest.
Posted by Marian B. Wood

Microsoft faces a tricky marketing challenge: How to market the expected 2015 launch of a new operating system (possibly Windows 9) without damaging 2014 sales of products with Windows 8.

From April, the company will withdraw support for Windows XP, once a highly popular operating system and still running on many legacy computer systems. That will push some Windows users to make decisions about upgrading or replacing. And Windows computers are still in great demand, despite the wide availability of competing Mac, Android and Chrome systems.

Yet Windows 8 sales have reportedly lagged. Critics want to see standardised gestures that will operate on different platforms (tablet or computer). They also want apps that launch directly from the start screen.

An entirely new operating system--with or without the Windows brand--could reset customer expectations and jumpstart sales. So Microsoft apparently will make a big announcement about the next generation operating system in April.

Does announcing a new product many months in advance build anticipation and excitement? Will existing Windows customers be willing to wait until 2015 for the new system? Will customers hesitate to buy a new Windows 8 product now because they know a new system will be released next year? Or will the lengthy prelaunch wait cause some customers to switch to competing products?

Will shopper tracking benefit customers as much as retailers? Although online retailers have long been able to track their customers page by page, click by click, store retailers generally lack the kind of comprehensive technology needed to unobtrusively monitor shoppers' movements and behaviour from entrance through the aisles to the exit.

Retail stores are keen to compete with online rivals by giving shoppers a better experience--meaning the right service at the right time, the right price, and the right merchandise where and when wanted. Many stores have data warehouses filled with customer details captured from transactions and loyalty-card schemes, but less specific information about the in-store behaviour of individual customers.

This will be the decade of shopper tracking in stores, experts say. The French Connection began using Wi-Fi to track shoppers via their mobile phones last year, for example. The upscale specialty store Nordstrom installed in-store tracking in 2012, counting the number of people entering and exiting its stores by following the Wi-Fi signals on their mobiles. Understanding footfall patterns helps stores plan employees' schedules and merchandise display possibilities.

To its credit, Nordstrom posted signs informing shoppers of the tracking system, explained that turning off Wi-Fi would allow shoppers to opt out of tracking and used aggregated data rather than individually-identifiable data for shopper analyses. But after a public outcry about invasion of privacy, the retailer was forced to stop tracking shoppers.

Now Apple is promoting its iBeacon technology for shopper tracking. The system allows in-store sensors to detect iPhones in the area and offer those shoppers customised deals such as vouchers or free samples. Shoppers might be reminded to visit aisle 2 for the greeting cards on their shopping list, or rely on iBeacon to alert the store to prepare preordered merchandise for pickup when the shopper arrives.

Other shopper tracking systems include eye-tracking to determine where shoppers look as they push trolleys through the store. Procter & Gamble is using eye-tracking to gauge the appeal of product displays in stores, for instance.

The key to shopper acceptance will be providing a better in-store experience. If shoppers don't perceive any benefit in being tracked, they may object or turn off their Wi-Fi signals or buy from other stores. And if consumers become more concerned about being tracked when their mobiles are seeking out Wi-Fi signals, regulators may step in to force more prominent disclosure of tracking or limits.
Posted by Marian B. Wood

Now that Tesco is out of its disastrous Fresh & Easy US convenience store chain, the UK retail giant is (like every smart retailer) focusing on multichannel marketing strategy. It's also thinking global and looking beyond retailing to enhance relationships with consumers.

Sales at John Lewis rose during the 2013 holiday season--due, in part, to its successful integrated marketing campaign based on a charming bear and the hare holiday advert.

This advert attracted more than 11 million YouTube views in 7 weeks. The retailer profited from sales of related merchandise, including stuffed bears and hares and a book featuring these characters. John Lewis customers also made more purchases by mobile than ever before, especially during the clearance sales.

Debenhams received far more online orders than in previous years, but still warned of lower sales and profits. Despite investments in store renovations and last-minute price-related promotions, the retailer struggled to attract the revenues it expected during the holidays.

Many retailers opened early for after-Christmas clearance sales, with shoppers crowding in for big bargains. But online retailers really benefited, because many shoppers browsed Internet shops on Christmas day (from computers, tablets, and mobiles), in preparation for Boxing Day sales.
Posted by Marian B. Wood 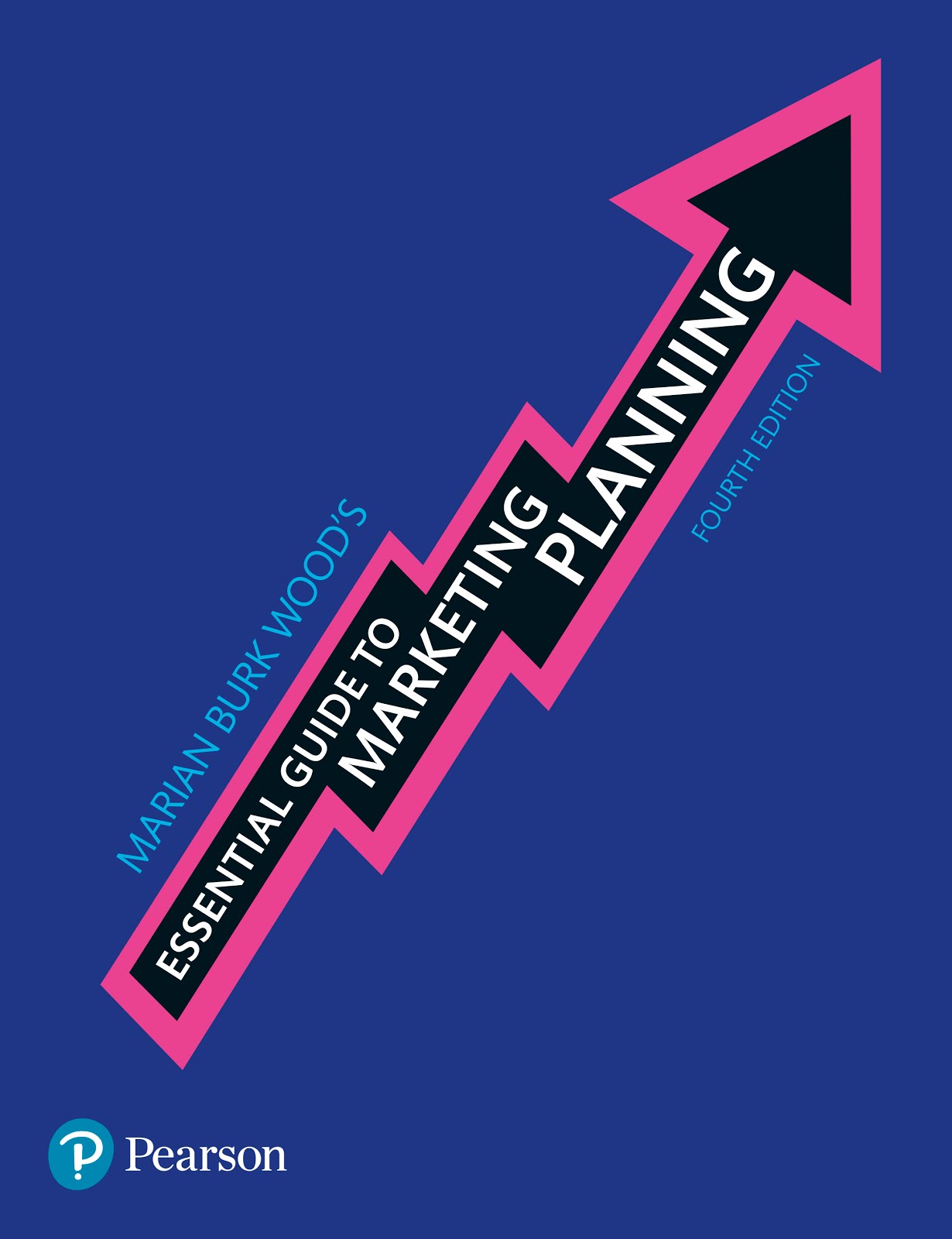